This week sees the start of the promotion of the 2014 poppy appeal by The Royal British Legion (http://www.britishlegion.org.uk/get-involved) in the United Kingdom – 100 years since the outbreak of WW1.

The creative ideas to produce the imagery for the campaign have again been spectacular. Some of the examples are the GCHQ staff human poppy in Cheltenham (http://www.bbc.co.uk/news/uk-england-gloucestershire-29745303), giant poppy at King’s Cross station in London, knitting poppies for an art installation in Nottingham (http://www.bbc.co.uk/news/uk-england-nottinghamshire-29575962)… 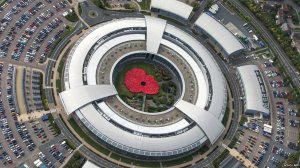 (from the BBC article)

Mankind does not seem to have learnt much from the lessons provided by the conflict experience during the past 100 years. It saddens me to write that George Santayana’s words from his Soliloquies in England (1924) “Only the dead have seen the end of war” will stand for many decades and even centuries to come.

Has society developed since 1914? One paragraph from the Every Man Remembered site (http://www.everymanremembered.org/) may provide some answers –

“Disability, homelessness, bereaved and desperate families, poverty – these were typical issues in Britain after the First World War. Today, The Royal British Legion resolves similar issues – providing practical and immediate support to injured veterans and bereaved families, helping people into jobs, into homes and offering them hope for the future.”

I hope that as many people as possible can donate time or money or both to this community appeal. The Royal British Legion club locally never fail to support fundraising efforts I have been involved with and I wish them every success this year.

The BBC news report about the start of the campaign can be seen at http://www.bbc.co.uk/news/uk-29726541

Composer, percussionist, musical director, teacher and educator. My music has been written for audiences in palaces and in the street. Music is my vocation and my passion and I hope you enjoy it too.
View all posts by derangeddrums →
This entry was posted in Poppy Appeal and tagged Art, Community, Poppy, Poppy appeal. Bookmark the permalink.