Posted on December 16, 2014 by derangeddrums 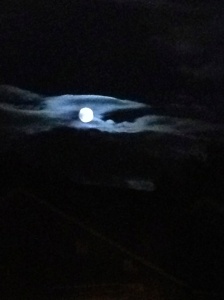 During a clear out of dusty boxes to make space for more recent paperwork I came across my first account book (a thin volume with income and expenditure entries covering July 1979 to June 1980). Starting out in many freelance careers takes time to build up contacts then a reputation and the first few months of my bursting onto the music scene were fairly empty. I had one brass band concert, a weekend at a working mans’ club and sold second hand goods I had collected on a market stall.

Then the book starts to fill up, acquaintances I had made in Manchester had put my name forward for drums in a trio at the restaurant of the Portland hotel. Wally Mackenzie was the fixer and I was working every weekend (£14 for a Saturday night until late). Wally also sorted out the musicians for the static circus at the Belle Vue complex and 35 years ago to the day I started to learn how to play drums in a circus (£77 for 6 days, two shows a day with four on a Saturday).

There was not much groove playing for the drummer at the circus and if there was it was mainly produced by one or at best two limbs. The others were frantically following the drama in the ring with splashes, crashes, rolls, rim shots and anything but groove. During rehearsals the rest of the band were worried that I would not get it, I was being too musical and fitting in with what they were doing, but once I saw the acts and their routines I understood the job requirements. The years at the circus (I managed three winters) trained me well for the 24 pantomimes in 20 years that followed although I was on more familiar territory and playing percussion for most of these.

After the circus I managed through the post Christmas quiet months with a show, an opera, augmented the house band when the American artist was in town and the odd gig before my first summer season in Blackpool. That plus designing and making instruments that I sold to other percussionists and the odd few late nights hand copying for other composers and arrangers saw me through.

For those of you curious about the accounts during the year the final totals were:

And I had bought outright many small percussion instruments: triangle, maracas, wood blocks, temple blocks, tambourine… some slightly larger ones: congas, Roto Toms, tom toms… as well as a pair of Slingerland pedal timpani. I was in business and the year after I even passed my test and got the van to carry it all around.

Composer, percussionist, musical director, teacher and educator. My music has been written for audiences in palaces and in the street. Music is my vocation and my passion and I hope you enjoy it too.
View all posts by derangeddrums →
This entry was posted in Music Composition and Performance and tagged Art Exhibition, Business, Circus, Entrepreneurship, Entrpreneur, freelance, Music and Enterprise, Music business, percussion, Professional Musician, Self employed, Start up, Survival. Bookmark the permalink.